Understand the history of AI: after all, since when does it exist?

The history of Artificial Intelligence has developed a lot over the last 60 years. Understand this evolution and the uses of AI in industries today. 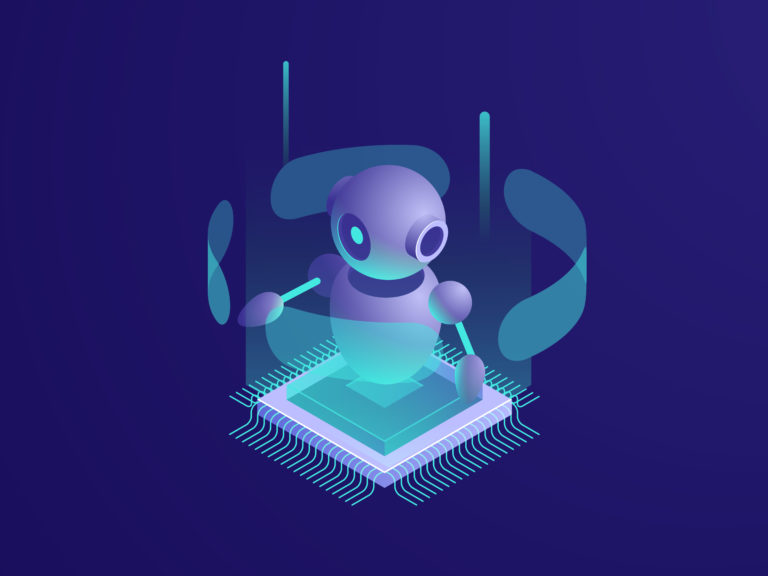 Artificial Intelligence (also known as AI) is a technology that is constantly evolving, and since its creation has had major impacts on people’s lives.

Similarly, Artificial Intelligence also impacts the industry, and is one of the pillars of Industry 4.0.

This is why it is important to understand the evolution of Artificial Intelligence, its history and how this technology is essential to everyone`s lives.

In this article you will understand the history of AI, how applications have evolved over time, and understand the ethical dilemmas that industrial managers face when using this technology.

Artificial Intelligence is here to stay, there is no doubt about that. This technology has enabled and still enables major breakthroughs in the continuous process industries as well as can be used together with other pillars of Industry 4.0 such as the Internet of Things.

AI enables the learning of machines to perform tasks as if they were human beings. In a nutshell, intelligent machines copy human patterns of reasoning.

You may not even notice it, but you have several applications and devices that use AI daily:

2.Google and its products such as Google Photos, Gmail, Youtube and Google Translate;

3. Streaming music and video applications like Spotify and Netflix.

All of these technological solutions are part of the daily routine of people today, facilitating various tasks.

The advantages are very clear: the more you use the app, the better it understands your preferences and suggests the songs you like best, or organizes your photos by dates and by the people who are with you.

And the same goes for industries. The more AI systems are used in production processes, the better the inputs these systems provide to managers.

When was the term Artificial Intelligence created?

But until artificial intelligence got to the point it reached today, major evolution processes had to happen. The diverse systems that communicate with each other and enhance the user experience are the result of a history of diverse characters and chapters.

In fact, some say that artificial intelligence began in ancient times. By observing the myths of the Greeks and Romans, artificial beings with mechanical commands already existed.

But it was only with the evolution of science and technology that the first prototypes of artificial intelligence began to emerge.

In the early days of Artificial Intelligence history, British mathematician Alan Turing created a device called the “Turing Machine”. This machine was considered the foundation of what we know today as AI.

This device was capable of performing cognitive processes as long as the steps were broken down into small individual steps represented by an algorithm.

1956: The Creation of the term Artificial Intelligence

Since the creation of the Turing Machine and during World War II, several scientists from different fields have begun to work together.

That’s how neuroscience, engineering, math, and computing experts, including Alan Turing, began discussing the creation of an artificial brain.

It was up to 1956, when during the Dartmouth Conference, the field of study focused on artificial intelligence was created.

Evolution of Artificial Intelligence over time

Like all technology in development, AI has also evolved throughout its history.

From 1936, with the creation of Alan Turing, to the present day. We can see that the growth has been huge and the applications are becoming increasingly complex.

Following the timeline since the definition of the term Artificial Intelligence, we have some important moments.

1966: The Creation of the First Chatbot

Although the use of robots for automated customer service on websites is very common today, it was in 1966 that this technology was created.

It was in that year that an MIT Computer Scientist created a computer program that communicated with humans.

The scientist’s name was Joseph Weizenbaum. He had German-American origin, and had created ELIZA, a program that can have a conversation with a human in a very easy way.

The system was developed by Ted Shortliffe at the University of Stanford to perform the diagnosis and treatment of diseases.

The 80’s and the 90’s: More Growth in Artificial Intelligence

From 1982 until the 1990s, Japan began a massive investment in the country to modernize its industries.

With the creation of “NETtalk” in 1986 a computer gained voice for the first time.

Moreover, it was in the second half of the 90 Google developed its first prototype search engine.

Then in 1997, a computer beat a human chess champion. However, this victory is controversial because the computer does not use cognitive intelligence.

In fact, the system is able to calculate every possible movement within seconds, which is not comparable with human capacity.

And so AI was developing throughout history.

2000s and the beginning of AI in cars

What today is beginning to come close to people’s reality began to be developed in 2005.

The area of autonomous cars with artificial intelligence is quite complex as it requires a very large connection network.

For it to work, multiple sensors must be 100% connected to ensure delivery of the promised experience.

From 2010, Artificial Intelligence is part of people’s routine

With the emergence of mobile devices such as smartphones and tablets, technology is beginning to be developed for these devices.

That’s how in 2011 Apple created its virtual assistant, Siri, developed from artificial intelligence.

And with each passing year, new applications of AI appear in industries and in people’s daily lives.

The types of Artificial Intelligence

This is the classic AI, which is based on abstract symbols that are used to represent knowledge. This technology is based on the idea that human thinking can be reconstructed hierarchically and logically.

This type of AI became famous in computer science in the late 1980s. In this case, knowledge is not given through symbols, but through connections between artificial neurons.

Contrary to what happens with symbolic artificial intelligence, in neural AI the system must be trained and stimulated so that greater knowledge can be accumulated.

The ethical dilemmas while all of it happen

As AI applications are free to be developed, at some points a question is raised about the ethics involved.

There are three main ethical dilemmas that accompany artificial intelligence in its history:

As we know, the tendency is for a large number of jobs to be replaced by automated and artificial intelligence systems. It is therefore possible that economic inequality will grow.

The main question at this point is in the case of accidents or problems in an industry, for example.

If an accident with autonomous cars happens, there is a doubt about who will be the responsible: the user, or the technology company.

This is one of the most complex points to consider, and there are some people working to create and implement laws related to data collected by machines.

An AI with unlimited access to human data, and without typical human judgment, can end up making the wrong decisions at tricky times.

For these and other reasons we have to prepare for an ever-closer reality of relationship with artificial intelligence machines, and how ethical issues will be resolved in a standardized way.

AI applications and benefits in the industrial environment

Although technology is constantly evolving, there are already industries that use AI in their work routine.

Raízen, an energy company, uses AI in partnership with Space Time Analytics to prevent in up to 1 year in advance the production capacity of sugar cane crops, for example.

Oil and gas companies also use AI, through sensors and satellites, to evaluate new business opportunities for their industries.

Overall, the main benefit of using AI in the industrial environment is increased productivity.

In addition, there is a reduction in operational risk and the possibility of making production forecasts.

This becomes essential in Industry 4.0, which is increasingly working to ensure fewer unexpected stops and better results in industries.

The future of artificial intelligence

Today AI is developed by humans to solve problems or make activities that we perform more slowly or with greater errors, better performed.

However, this control that humans have over machines tends to begin to decrease.

In surveys directed to AI specialists, the average answers showed that machines are 50% more likely to reach human intelligence levels by 2040.

So we need to start preparing for this new reality today. If your industry does not yet enjoy the benefits of AI, it is possible that your business will get outdated.

Regardless of the ethical dilemmas that exist, artificial intelligence is no longer a science fiction subject, and must be taken very seriously by industrial plant managers.

If you already use AI in your work routine, share your experience in the comments below. 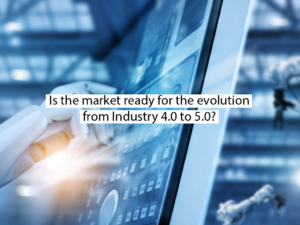 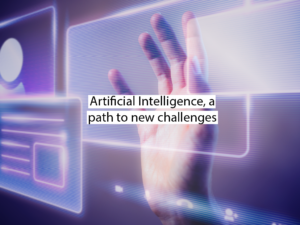 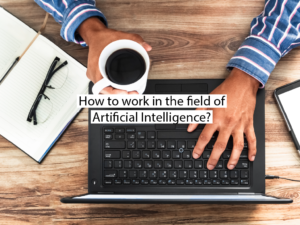 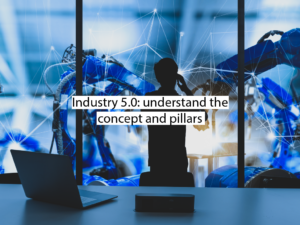